Andrii Kubko about the most recent developments in the labour law 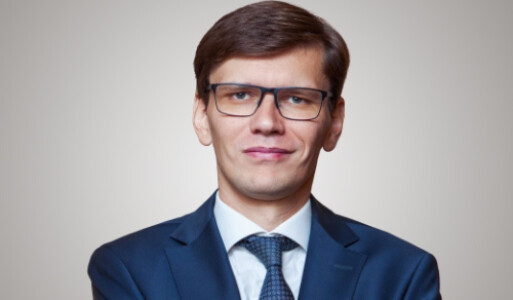 Andrii Kubko, a partner with the Salkom Law Firm, talks about the most recent developments in the labour law

Law of Ukraine No. 2352-IX of 01 July 2022 on Amendments to Some Laws of Ukraine to Optimize Employment Relationships entered into force.

This Law, among other things, introduced new rules governing the guarantees for personnel that apply during the performance of public duties.

Amendments were made to Article 119 of the Labour and Employment Code of Ukraine.

Until now, the rules of Article 119 of this Code imposed a duty on employers to preserve a job, position, and average salary for employees who were called up or joined the military under an enlistment contract during a special period. Following the enactment of the amendments to the Code, employers will be responsible for keeping a job and position for such staff, but not the average salary.

The Parliament has also adopted the Law on Amendments to Some Laws to Streamline the Regulation of Employment Relationships for Small and Medium Enterprises and Reduce an Administrative Strain on Business.

- The Law has introduced a so-called contractual treatment for certain types of employment relationships. This treatment applies when an employer is a small or medium enterprise and the number of personnel does not exceed 250 persons per calendar year, provided that a salary exceeds an equivalent of eight statutory minimum salaries per month.

- The contractual regulation of employment relationships ensures increased flexibility for both employers and employees when negotiating the terms and conditions of an employment contract. They have the leeway to regulate their relationships at their discretion, in line with the commercial needs of the employer, while taking into account the best interests of the employee.

- The parties to an employment contract are free to determine how the employment relationships will be created and terminated, and can choose a remuneration system, incentive plans, bonuses, guarantees, etc., as they deem fit.

- The new Law sets out the essential terms and condition of an employment contract. In particular, the Law addresses the grounds giving rise to a conflict of interests and methods for resolving such conflicts. Furthermore, employers and employees have received a wider leeway to make fixed-term term employment contracts.

- The Law further introduced new grounds for terminating an employment contract at the initiative of an employer.

- The Law has introduced special rules on granting leave, remuneration systems, ordering employees to work overtime or during nighttime.

- A new rule according to which the general provisions of the Civil Code of Ukraine governing contractual relationships apply to employment relationships not covered by the Labour and Employment Code has been introduced.